An Evening with Leaders

​Registrations for this event have now closed.

Great careers are built on more than just hard work. They’re defined by how well you navigate change, and are shaped by the choices you make along the way.

At An evening with Leaders you’ll hear from some of Australia’s most experienced and inspirational professionals. Explore their professional career, their industry, and how to make the best choices when you reach a fork in the road.

Each Leader will give a short presentation and will be open to hear your questions during a Q&A session.

With a networking session scheduled at the end of the evening you’ll have the opportunity to talk to each leader about your career, and receive valuable advice about how to make the most of the opportunities ahead of you. Melanie joined Viburnum as an Investment Director in 2008. Melanie is responsible for managing all stages of the investment process, from the initial due diligence of investment opportunities, structuring of transactions, through to execution of the documentation, management of the Investee companies and the subsequent exit. Prior to joining Viburnum, Melanie held the position of Senior Investment Manager in ANZ's Private Equity division, ANZ Capital. Patrick Hollingworth is both a leadership and teamwork expert and an accomplished high-altitude mountaineer.

He’s is a big believer in the importance of organisations and the way they do their work (pretty much the entire well-being of our society depends upon them functioning effectively).

Patrick has worked with some of the world’s leading organisations in Australia, Asia, Europe and North America to help their leaders and teams get comfortable getting uncomfortable in an organisational landscape which is becoming more volatile, uncertain, complex and ambiguous (VUCA) by the day.

Patrick has climbed extensively in the Himalayas and participated in 11 international expeditions. He worked towards his own personal goal of an unguided ascent of Mount Everest, and in 2010, after a lot of hard work and perseverance, he achieved it. With more than 18 years’ experience in professional services, Irshaad is a Partner and the Regional Leader of EY’s Transaction Advisory Services practice, the largest corporate finance practice in Western Australia.

Advising clients on acquisition due diligence, vendor due diligence, IPO forecast reviews and counterparty viability reviews; Irshaad is an expert in navigating the complexities of the transaction and capital raising process. Beau Waters is currently a member of Wesfarmer Business Development team. He is also a co-founder and Director of Ionic Health, a doctor-led clinic specialising in the personalised prevention of disease, with a focus on early intervention.

Before retiring in February 2015, Beau also played 120 games for the West Coast Eagles over a 13-year period. Beau was a 2006 premiership player at WCE and held the Vice Captaincy for five seasons. He also received the coveted Chris Mainwaring Medal for best clubman during his tenure. Recognised for his tenacity and fearlessness on the field, his other accolades include All Australian honours in 2012, being voted the competition’s most courageous player by his peers and winning the ABC’s Western Australian player of the year.

Beau works extensively in the community, holding numerous ambassador roles. Awards like The Jim Stynes Leadership Award, The Variety Club’s ‘Heart of Football’ and ‘Eagles in the Community’, which he won twice, reflect his ongoing commitment to young Australians. Beau also joined the Youth Focus board in May 2012. He has completed a MBA, Graduate Certificate in Commerce and Advanced Diploma in Management. 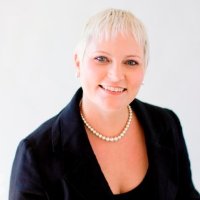 In a career that spans over 25 years, Pamela-Jayne Kinder has worked largely in the strategy field, both in-house and as a consultant to Boards and Executive Management. Throughout, the ability to work with, and influence, people from all levels within an organisation has been a critical part of her success. Pamela-Jayne was the first female chair of AIBF, and the youngest Finsia member to be awarded Senior Fellow status in WA.

As a consultant Pamela-Jayne has a client list of over 100, all obtained by referral, with many repeat clients. The list includes listed, private and not-for-profit organisations in the resources, oil and gas, engineering, construction, agricultural and aged-care sectors.

In the not-for profit sector, her main focus has been on sustainability in the face of a rapidly changing funding environment and includes restructures and mergers.