Are the robots coming for your job?

The future of work: How do we prepare for it?

Australia needs 6.5m digital workers in the next four years

These are just some of the headlines facing us every day.

According to research by Forrester, Australia’s job market will shrink by 11 per cent by 2030 due to the rise of increasingly capable automation technology, knocking 1.5 million people out of work and stranding a million beyond a digital divide.

Economists, politicians and futurists have been talking about “the future of work” for the better part of a decade. And yet, change has been slow.

COVID-19 has catapulted businesses and individuals into the future of work and one of the biggest emerging skill needs for the Australian economy is digital skills.

According to a RMIT report Australia will need 156,000 more digital technology workers by 2025, representing one in four jobs created during that period.

In this session our panel will answer some of these questions and more: Rocky Scopelliti is a world-renowned futurologist. His pioneering behavioural economics research on the confluence of demographic change associated with Millennials, and digital technology, have influenced the way we think about our social, cultural, economic and technological future.

His new Australian-first book just released Australia 2030! Where the bloody hell are we?, is a fascinating window into Australian professionals sentiment about the decade ahead, based on a major study conducted before and during the eye of the COVID-19 storm. His other book ‘Youthquake 4.0 – A Whole Generation and The New Industrial Revolution’ has now being translated into Vietnamese, Korean, Indonesian and Chinese languages.

As a media commentator, his unique insights have featured on SKY Business News, The Australian Financial Review, ABC Radio National, The Economist, Forbes and Bloomberg. As an international keynote speaker, his presentations have captivated audiences across Asia Pacific, the USA and Europe including Mobile World Congress. As a thought-leader, over 150 boards and leadership teams, including Fortune 100 corporations, each year seek his advice on strategy.

As a distinguished author, his 17 thought-leadership publications have become internationally recognised for their influence including the World Economic Forum.

In an executive capacity, he is a member of the Optus Business Leadership team as the Director, Centre for Industry 4.0 where he leads the specialist team creating world-class thought-leadership and innovation on the 4th Industrial Revolution.

In a non-executive capacity, he is a director on the board of Community First Credit Union, on the technology advisory board for REST Super, member of the Australian Payments Council and on the advisory boards of SP Jain School of Global Management and Wake by Reach. 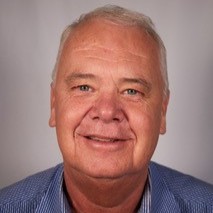 With over 20 years experience in business development, career transition and performance management, Mark has helped some of the largest and most iconic brands in Australia including Virgin Australia, Thiess, Komatsu, Queensland Rail, Suncorp and several Australian Government agencies, through critical periods of transition and growth by managing change, optimising business performance, transitioning staff, and increasing sales.

Known for delivering fresh expertise, accurate insight, and best-practice processes, Mark is dedicated to helping businesses both large and small grow revenue and improve profits by engaging their staff, improving their service delivery and enhancing customer satisfaction in an ever changing business environment.

Mark is also on the Board of the Queensland Aboriginal and Torres Strait Islander Foundation, which provides secondary education scholarships to Queensland ATSI students. The Board is appointed by the Queensland State Government and provides advice and governance to the State’s Public Trustee. Faethm is a unique SaaS analytics platform and forward-looking scenario tool that uses AI to model the impact of emerging technologies on any economy, industry, organisation, workforce or job.

Michael is currently the Chief Economist at Faethm and holds a PhD in finance from the London School of Economics and Political Science (LSE). At Faethm, Michael created a new generation of investment tools and products to leverage the impact of augmentation and automation for private and public portfolios of firms, industries and countries globally. Previously, Michael led quantitative forecasting teams across a range of institutional global investment managers in London and Sydney over the course of 15 years, specialising in financial forecasting from short to long horizons.

Michael is a published author, an Honorary Academic at ANU, and has taught Master courses in quantitative finance at Imperial College and London School of Economics. Chris was appointed FINSIA CEO in September 2016. He has been associated with the Australasian financial services industry for nearly 30 years.