This event is now fully booked.
For enquires about our waitlist please contact [email protected].

If you’re talking business today, it’s all about millennials. They're quickly becoming the most influential consumers and by 2020, will make up 50% of the global workforce.

So, what does this mean for businesses, banks and financial services?

Join FINSIA and KPMG at this panel discussion and networking event that will focus on the latest trends impacting millennials, technology and finance. As a FINSIA member we are pleased to extend to you a complimentary ticket to this thought-provoking event.

Connect with Del Irani, Australia’s youngest breakfast news anchor and creator of the popular ABC show, #TalkAboutIt as the moderator and host for the evening. Be part of the conversation and gain insights on the latest trends including a discussion around the top 10 Twitter hashtags used by millennials and what it says about their behaviours.

Our featured panellists include representatives from Girls in Tech, Fintech Australia and FINSIA. 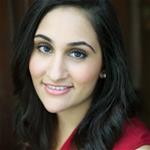 Del Irani is currently Finance Presenter and youngest anchor on ABC News Breakfast. She is also one of the creators and presenter of award-winning talk show, #TalkAboutIt. 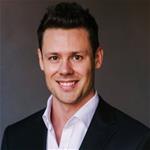 Toby is a 2016 recipient of the ‘KPMG Australia National Award for Deal Advisory’ and ‘40 Under 40' award winner for creating and directing APAC's largest ENR accelerator program, Energise. Toby is a CFA charter holder, has an MBA in Finance & Strategy, and is the Australian alumni ambassador for the University of California, Berkeley. Toby is also an inaugural lead mentor at Stone & Chalk, Australia’s centre for Fintech & Innovation. 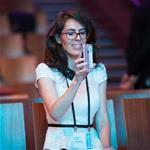 Most recently, Lants co-founded Signal Ventures, a new $10 million venture capital fund backed by US and Australian investors. The fund targets seed investing rounds for Australian high-growth start-ups with a global focus. Lants has spent her career at the intersection of digital, start-ups, and investing – having worked as Operations Director at venture capital firm, Oxygen Ventures, and founding her own start-up, Tetris Digital.

Stuart is a leading member of Australia’s fintech community and has helped shape National fintech and innovation policies.

Stuart is founder of MoneyPlace, an online marketplace that connects credit worthy borrowers with investors. MoneyPlace launched in late 2015, after becoming Australia’s second fully licensed marketplace lending platform. Prior to founding MoneyPlace, Stuart was the Head of Strategy for NAB Business. 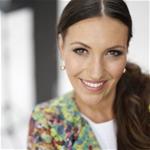 In 2015, Alita was appointed to the Board of Advisors for the Australian Technology and Gadget Expo alongside Google Earth inventor David Lorenzini. She is also inaugural committee member of Girls in Tech (Australia). Qualified in information systems, business and marketing, Chad is a Channel Development Consultant at NAB, and is responsible for delivering strategy and projects to support the integration of NAB’s banking and wealth divisions. Prior to this, Chad spent over four years working in the technology team at one of Australia’s most awarded and fastest growing superannuation funds, Plum Financial Services.

View event Register
This site uses cookies to collect information about your browsing activities in order to offer you the best experience (keeping you logged-in, optimal checkout flow) and to analyze our website traffic.
By continuing to browse this site you agree to the use of cookies. Visit our privacy policy to learn more.
I understand