***EVENT SOLD OUT***
REGISTRATIONS FOR THIS EVENT HAVE NOW CLOSED.
If you have any questions please contact our Events team on 02 9275 7900 or [email protected]

You are cordially invited to The Regulators, FINSIA's signature event series. This year, the high profile lunch will be held in Melbourne at the The Atlantic Group - Peninsula C Space, and will provide a unique opportunity to hear from the heads of Australia's peak regulatory bodies – Reserve Bank of Australia (RBA), Australian Prudential Regulation Authority (APRA) and Australian Securities and Investments Commission (ASIC) as they discuss priorities for 2019.

The panel joining us this year in Melbourne will be:

We look forward to welcoming you to this event which will set the agenda for financial services regulation in 2019.

Be sure to take advantage of the early bird registration as this event sells out each year. 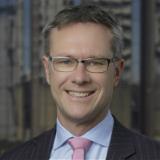 Prior to his current role, Dr Debelle was the Assistant Governor (Financial Markets). In that role, he had oversight of the Bank's operations in the domestic and global financial markets, including the management of Australia's foreign reserves. He briefed the Reserve Bank Board on developments in financial markets at the monthly Board meetings.

Dr Debelle also worked at the International Monetary Fund, Bank for International Settlements, Australian Treasury and as a visiting professor in economics at the Massachusetts Institute of Technology (MIT). He graduated from the University of Adelaide with an honours degree in economics and gained his PhD in economics at MIT under Stanley Fischer and Rudi Dornbusch.

Dr Debelle is a signatory to The Banking and Finance Oath. John Lonsdale was nominated by the Government as an additional Deputy Chairman of APRA on 30 May 2018 and commenced in his role on 8 October 2018.

As an Executive Board Member of APRA, John’s responsibilities include oversight of APRA’s work on culture and remuneration (including the implementation of the Banking Executive Accountability Regime), building APRA’s crisis resolution capability, strengthening APRA’s collaboration with peer regulators and supervision of ADIs.

Prior to joining APRA, John worked for the Australian Treasury.  He was a member of Treasury’s Executive Committee and held the position of Deputy Secretary, Markets Group at Treasury. In this role John had responsibility for financial system, consumer and foreign investment policy.  In 2014 he led the Secretariat to the Financial System Inquiry, based in Sydney.

John had been with the Treasury since 1986 and worked across key areas in the Department including Budget policy, tax policy, retirement incomes and the financial system. In 2008 and 2009 he worked as the Chief Advisor in the Secretariat supporting Australia’s Future Tax System Review, a major review of Australia’s tax and transfer systems. John Price commenced as an ASIC Commissioner on 21 March 2012.

He has over 15 years regulatory experience in a variety of regulatory roles at ASIC relating to policy making, fundraising, mergers and acquisitions, financial services and products, licensing, insolvency, ASIC's Registry and financial reporting and audit.

John was previously a member of CAMAC, an advisory body to Government on corporate and markets issues and also the Financial Reporting Council, a body providing broad oversight of various accounting and audit-related issues in Australia.

Prior to joining ASIC, John worked in the Gold Coast and Brisbane offices of Corrs Chambers Westgarth, a national law firm.

Bernadette Howlett, Partner, Strategy&, part of the PwC network
Bernadette Howlett is an advisor to executives in the financial services industry for Strategy&, PwC's strategy consulting business. She is a Partner with PwC Australia, based in Sydney. She specialises in portfolio and business unit strategy - either in the form of new ventures and M&A or as growth strategies for existing businesses.

Bernadette has broad financial services experience and over 18 years consulting experience. Prior to joining Booz Allen Hamilton she had 10 years business management experience in customer facing roles within the consumer products sector with the last role before joining Booz as Asia/Pacific Regional Marketing Director for a US multinational.

Bernadette holds a Bachelor of Commerce from the University of NSW and an EMBA from the AGSM University of NSW. In addition she has completed the Authentic Leadership Program at Harvard Business School and is a graduate of the Australian Institute of Company Directors Webinar: The Art and Science of Courageous Conversations

This discussion will leverage research from Michelle Gibbings' latest book, Bad Boss: What to do if you work for one, manage one or are one. International Webinar: Ethics & Integrity – The Importance Of Creating A ‘Speak Up’ Culture