New technologies are changing financial services by disrupting traditional business models and opening the market to new entrants. Anticipating change has become one of the biggest challenges for industry regulators.

In order to further discussion of regulation in the digital age, Finsia will be hosting a two-course lunch and panel discussion this November.

In conversation with Russell Thomas F Fin, you will have an audience with:

They’ll discuss the regulation of banking and finance in the digital age, and the new sources of growth for the Australian economy. 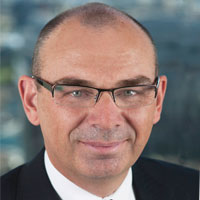 Wayne Byres is Chairman of the Australian Prudential Regulation Authority.  He was appointed to this role in July 2014 for a 5 year term.

Mr Byres’ early career was in the Reserve Bank of Australia (RBA), which he joined in 1984. After more than 13 years with the RBA, including a secondment to the Bank of England, he transferred to APRA on its establishment in 1998 and subsequently held a number of senior executive positions. At the end of 2011, Mr Byres was appointed to the role of Secretary General of the Basel Committee on Banking Supervision.

Mr Byres is APRA’s representative on the Australian Council of Financial Regulators, the Payments System Board, the Trans-Tasman Council on Banking Supervision, the Basel Committee and its oversight body, the Governors and Heads of Supervision. Philip Lowe holds a PhD from the Massachusetts Institute of Technology and a B.Comm (Honours) in Economics/Econometrics from the University of New South Wales. He has authored numerous papers, including on the linkages between monetary policy and financial stability 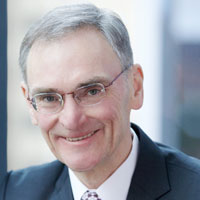 Greg Medcraft was appointed ASIC Chairman on 13 May 2011 for a five-year term.

Greg joined as ASIC Commissioner in February 2009. Prior to ASIC, Greg was Chief Executive Officer and Executive Director at the Australian Securitisation Forum (ASF).

Greg spent nearly 30 years in investment banking at Société Générale in Australia, Asia, Europe and the Americas. More recently, he was the Managing Director and Global Head of Securitisation, based in New York.

In 2002, Greg co-founded the American Securitization Forum and was its Chairman from 2005 until 2007 when he returned to Australia. In January 2008, he was appointed Chairman Emeritus of the Forum.

Before joining Société Générale, Greg worked as a Chartered Accountant with KPMG.

Greg was elected by the IOSCO Board in May 2012 as its Chair. His term commenced in March 2013 and he was re-elected for a second term in October 2014. In his capacity as IOSCO Board Chair, Greg is also a member of the Financial Stability Board, which reports to the G20. This year many Australians were told that their Super Fund may have been underperforming and to consider the change to a higher performing fund, to improve their long-term savings ‘nest’. APRA's performance test is set to change the Superannuation landscape and funds delivery outcomes are now more in the spotlight than ever before Less is More – The Future of NZ Banking Regulation with Clare Bolingford, FMA