We want you to have your say and be heard! Your views are important to us so please join us at our Royal Commission Town Hall on 19th July in Sydney.

Hear from FINSIA’s CEO and Managing Director, Chris Whitehead F FIN as he provides an update on the key issues from the Royal Commission hearings relevant to conduct and competency as well as highlighting some key recommendations from FINSIA’s submission paper.

The industry has the opportunity to take responsibility for the current situation and provide a unified, rigorous and wholistic solution that will result in a robust financial services industry worthy of consumer trust.

FINSIA's recent Consumer Research clearly indicates that there is a real customer expectation and need for professionalisation across the banking industry and the time for action is now. Chris was appointed FINSIA CEO in September 2016. He has been associated with the Australasian financial services industry for nearly 30 years. Previously, he was CEO of CUA, Australia's largest customer-owned financial institution, Regional Director, Bank of Scotland and CEO, BankWest Retail Bank. He has extensive experience as a non-executive director including in the payments, wealth management and insurance sectors.
Commencing his career in IT, Chris maintains a keen interest in the ongoing impact of technology on financial services. 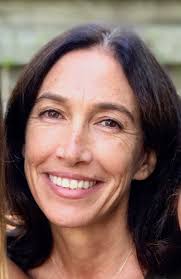 Cris has had a career that has been based on communication; relaying people’s stories and building relationships that lead to better things. Starting her career in the theatre, Cris founded The Peccadillo Theatre Company in Manhattan’s Lower Eastside (now Off-Broadway). On returning to Australia, Cris was the Founder of Brownslane Productions, a production company that produced creative documentaries which explored people, their fascinating stories and experiences, and their contributions to a better society.

In 2011, after completing a Social Science and applied psychology degree Cris started working for The Ethics Centre, contributing to social impact projects that continue to thrive today. These initiatives seek to place ethics at the centre of public life – as a shared impulse to live with purpose in line with values and principles.

Cris has worked on The Banking and Finance Oath for the last 4 years and spends much of her time having conversations with people about the impact of behaviour on their culture, the importance of ethics and integrity and the continuous work in maintaining high ethical standards in financial services. Fahmi was APRA's Head of Governance, Culture & Remuneration until November 2017. He was responsible for establishing this unit in 2015 and leading the development of APRA's thinking, supervisory practices and industry engagement on these interrelated topics.

Fahmi was a member of the Financial Stability Board’s Working Group on Governance Frameworks and has assisted the International Monetary Fund as a Technical Expert on conglomerate supervision.

Mr Chronican has been a Director since May 2016. He is Chairman of the Board's Risk Committee and a Member of the Remuneration Committee. He is also a Director of BNZ (a subsidiary of NAB).

Mr Chronican has over 35 years of experience in banking and finance in Australia and New Zealand. In his most recent executive role, he was responsible for Australia and New Zealand Banking Group Limited's (ANZ) Australia division, with specific responsibility for ANZ's Retail and Commercial businesses. Prior to joining ANZ, he had a long career at Westpac Banking Corporation (Westpac), where he established his reputation as one of Australia’s leading banking executives, in executive roles including Group Executive Westpac Institutional Bank and Chief Financial Officer. He has broad experience in M&A activity and post-merger integration. In addition, he has taken an active and public role in advocating for greater transparency and ethics in banking and promoting workforce diversity.