FINSIA is pleased to announce our first members and guests networking event in Melbourne in 18 months. Tickets are limited for this one as we adhere to Covid safe rules.

Drinks and canapes will be provided and the venue is kindly hosted by Westpac. Mark was appointed to the joint role of State General Manager Westpac Retail Victoria/Tasmania and Chief Executive, Bank of Melbourne in 2019. Mark leads a team of more than 2,000 passionate Victorians and Tasmanians who serve over 2 million customers in metropolitan Melbourne, regional Victoria and across Tasmania.

With 30 years’ experience in executive roles across Australia and Europe, Mark has a background in banking, franchising, retail, and oil and gas. Since coming to Australia from his role overseeing franchising for Abbey National’s retail banking business, Mark has held senior distribution roles at ANZ, National Australia Bank and RAMS. Between 2015 and 2019, Westpac’s franchised mortgage network RAMS more than doubled under Mark’s leadership. 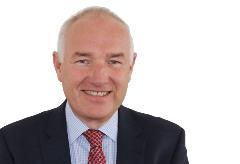 Chris was appointed FINSIA CEO in September 2016. He has been associated with the Australasian financial services industry for nearly 30 years. Previously, he was CEO of CUA, Australia’s largest customer-owned financial institution, Regional Director, Bank of Scotland and CEO, BankWest Retail Bank. This webinar is designed for those completing the Professional Banking Fundamentals Qualification. This session will look at serving customers through products and services. Inside ESG Part 3: Communicating the Message