The Queensland YFP Committee invites you to an evening of drinks and canapés with Tim Wilson, Managing Director, at Blue Sky Private Equity.

The Private Equity division is part of Blue Sky Alternative Investments Limited (Blue Sky), an alternative asset manager with more than $1 billion in assets under management. That figure is projected to grow to an impressive $2 billion by 2017. Headquartered in Brisbane, Blue Sky has offices in Adelaide, Sydney, Melbourne and New York.

Want to learn how to get ahead in this fiercely competitive industry?

Don’t miss the opportunity to hear from Tim Wilson. A 15-year veteran in the investment banking industry, he has played a crucial role in the exponential growth of Blue Sky’s portfolio since joining the company in 2009. Connect with him and others at this exclusive event at Blue Sky’s beautiful head office. 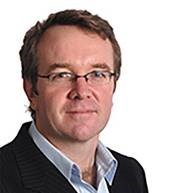 Tim has worked in private equity for the last fifteen years through investment banking roles in London, Sydney and Brisbane. He began his career as a commercial lawyer in Brisbane with Minter Ellison before moving to London where he lived for seven years, working in investment banking roles with Paribas and Credit Suisse First Boston. Tim then returned to Australia and worked in finance roles with Babcock & Brown, Westpac Institutional Bank and Investec before joining Blue Sky in 2009 to run the private equity group.

Tim holds a Bachelor of Commerce and a Bachelor of Laws from the University of Queensland, a Graduate Diploma of Applied Finance and Investment, and a Master of Science in Finance from the London Business School. He has also undertaken the Private Equity and Venture Capital course at Harvard Business School, Boston, USA.