Advice from mentors key to leadership

By Lewis Panther
Senior writer, FINSIA
2mins read
Having a plan and seeking advice from mentors are key to a successful career in financial services. Having a plan and seeking advice from mentors are key to a successful career in financial services.

That’s the view of one of the speakers at this year’s signature Virtual Current & Future Leaders event.

Commonwealth Bank’s Perth General Manager Gary McGrath shared his thoughts as a taster to the event being held in October during a video Q&A with FINSIA’s Western Australia YFP's Lashan Wanigasekera and Kevin Too.

He said: “You have to have a plan where you want to go at that moment in time. Back in my university days, I knew I wanted to go international, in my career. That was my original plan.

“My second plan became I want to be a CFO. So I had a plan. When I became a CFO, I then figured out I wanted to be a general manager or CEO. So I had a new plan. So it's not just having a plan, it's being flexible to that plan over time.

“The second part is seek advice, find a mentor, find somebody who's in that position. The person back in the UK who gave me the CFO advice was the CFO for American Express in Germany. I had access, I asked for his advice, "What would it take to get there?" So he gave me some really good advice and it helped, and he became a mentor for a long period of time.”

Gary, who is originally from Ireland and has worked in the UK and throughout Asia during his career in financial services, also reflected on the importance of staying calm while dealing with challenges.

He added: “Over my career, I've learned a calmness where the challenge comes up and you assess it broadly.

“Instead of going into the sauce straight away, you take a calm reaction to it and kind of go, 'Okay, what's all the implications?’ And reflect a little bit about what's in front of you.

“Then just take stepped approaches out of your challenge. That's a general how I would tackle something that comes up. It's very important as a leader, to be calm yourself, also bring calmness to your team.”

Expanding on his own view of leadership, he says ‘setting a clear direction, and an inspiration, and making that somewhat personalised to everybody that works within your team’ is very important.

“But you have to make sure everybody collectively wants to be part of that.”

That will ensure teamwork and energy, which ‘is everything in business’ are brought into play.

“When you have energy in your business, you gain momentum, and gaining momentum is absolutely critical,” he says.

Having fun while still setting a clear direction will hopefully mean “everybody wants to be part of it, and everybody pushes forward with the energy and momentum.”

Gary must certainly have energy to burn, given his passion for cycling.

The long distance cyclist who regularly does 50k before work, and has done Adelaide to Melbourne and Brisbane to Sydney, says that’s a way of relaxing.

It will be great to hear more words of wisdom like this from the leaders who will be taking part in FINSIA’s ever popular event in October. 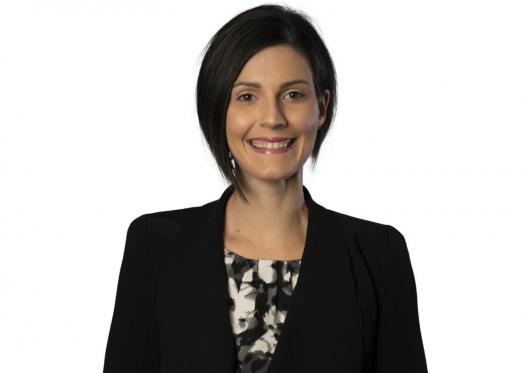 Taking $6bn in business from the big four banks is no mean feat. But that’s exactly what Marie Mortimer, managing director of online loan portal loans.com.au, has achieved since starting the business in 2011.
By Alexandra Cain, Wed 31 Aug 2022
Read article Five tips on setting your super up for success Banks urged to get set for NZ Open Banking By Michelle Lim and David Goldfeld, Mon 24 Aug 2020
This site uses cookies to collect information about your browsing activities in order to offer you the best experience (keeping you logged-in, optimal checkout flow) and to analyze our website traffic.
By continuing to browse this site you agree to the use of cookies. Visit our privacy policy to learn more.
I understand