Skip to main content
All The Standard
By Lewis Panther
Senior writer, FINSIA
Share this article
The Standard
Leadership APRA’s Margaret Cole had ambitions of being Prime Minister as a four-year-old being interviewed for a new school.

While becoming a national leader hasn’t happened, the new Executive Board Member does have responsibility for overseeing APRA’s superannuation activity - an industry managing assets worth more than Australia’s GDP.

But how does someone from England’s north west end up at APRA.

In the week that an APRA report names the 13 worst super funds, the latest edition of The Standard profiles the lawyer whose formative caseload saw her trying to sort out the scandalous mess left by newspaper magnate Robert Maxwell - who raided pension funds to stay afloat.

Many pensioners were left in poverty after Maxwell stole almost $1 billion from the pension fund and media empire.

“It turned out that Maxwell had robbed his company’s pension funds, and I was engaged to get the pension fund monies back from banks and other enterprises,” Cambridge-educated Margaret told a Women in Banking and Finance webinar.

“I spent the next five years in court proceedings, bankruptcy hearings, appearing before the British Parliament’s Social Services committee and making radio and TV appearances – all aimed at maximising the pressure to recover the pension assets.

“It was work to help real people, and gave me a sense of purpose that had been lacking in my commercial disputes work.

“It made me realise that being a pension fund trustee is not a hobby. It’s a massive responsibility with the scope to contribute huge benefit to members, but conversely with the potential to cause, or fail to prevent, huge harm in people’s lives.

“I saw the anxiety and distress of those who’d lost their life savings first hand.

“I am pleased to say we achieved a global settlement with several city banks and firms to make the pension funds whole, and I also caught the public service bug that very much influenced my future career.”

As the UK’s Financial Services Authority (FSA) Director of Enforcement, the focus was on the “notoriously risky area” of market abuse and insider trading.

Looking forward, that experience of heading down the litigation route may be what to expect from the Margaret’s five-year tenure.

“As a prudential regulator, APRA is primarily focused on preventing problems occurring, rather than prosecuting offenders after the fact, and I’m respectful of that emphasis,” she said.

“Having said that, I bring a strong conviction that enforcement is a vital tool for regulators to use, both to hold people and companies accountable, and to warn others.

“In part, that stems from my experience in the private sector: while I understand the challenges businesses often face complying with regulations, I’m also well-acquainted with what they will try to get away with!

“With that in mind, I believe we have capacity to further strengthen our enforcement appetite, using the full suite of tools available to us.”

Given the 13 Super funds that failed APRA’s inaugural superannuation performance test will be forced to send letters to members, telling them that their super is sitting in a product that “has performed poorly” it seems clear those tools are already being used.

The letters add: “You should consider moving your money into a different fund. By switching into a better fund, you can potentially save thousands of dollars more for retirement.” 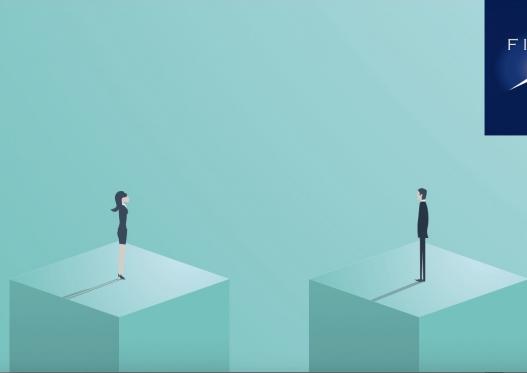 By Lewis Panther, Fri 4 Jun 2021
This site uses cookies to collect information about your browsing activities in order to offer you the best experience (keeping you logged-in, optimal checkout flow) and to analyze our website traffic.
By continuing to browse this site you agree to the use of cookies. Visit our privacy policy to learn more.
I understand